2021 Security Review Part 1: Cybersecurity Trends and the Fallout from COVID-19

2021 is well underway with February nearly behind us, IT managers and security teams are quickly reassessing previous predictions of what the year would bring— and now they’re making changes. Are your IT platforms and tools still secure for 2021?

2020 saw unprecedented changes to IT and cybersecurity, especially with the COVID-19 pandemic forcing many employees to work remotely. As millions of workers from Australia to America adopt remote work environments, companies have been scrambling to ensure that their IT and security platforms can support the transition.

Cybersecurity experts were quick to predict several trends that would result from this transition, many of which quickly came true.

According to Gartner, 45 percent of IT spending is expected to shift from traditional IT infrastructure to cloud solutions by 2024—an almost predictable result of companies adopting the cloud to make resources accessible outside the workplace.

Of course, each trend came with its own security considerations: cloud adoption required increased cloud security, remote connections required more VPNs and device monitoring, and so on. But how many of these new technologies and security measures are here to stay, and how well did companies adopt them in the first place?

Generally speaking, while most trends are here to stay, not all of them have panned out quite as expected. Read on to find out more about these trends and how they could already be affecting your security efforts in 2021.

Where remote access was once the exception, it’s now the norm: With more people logging in from home than ever before, company networks and resources are now handling an unprecedented number of remote access attempts. Though most attempts come from employees and other benign sources, the large increase presents two major security concerns.

The first concern is dealing with the sheer volume of access attempts, particularly when it comes to verifying users and logins. With so much traffic, some platforms and systems are having a difficult time keeping track of logs that previously saw a little amount of remote activity.

The second and biggest concern, however, is the lack of security present in many remote logins. Though an employee logging in from home or a coffee shop may not have bad intentions, they unknowingly pose a security threat when they log in over public Wi-Fi or other unsecured networks. As a result, hackers have found major success in stealing credentials by simply “listening” in on these unsecured connections, especially in 2020.

Another key trend is the devices employees use to access corporate networks. The rush to get people working remotely has a huge impact on data security. If your team can access email or edit a presentation for that upcoming meeting from a personal phone or home laptop, you are providing access to a potentially compromised device or allowing access with something that may not meet the standard for your own work network.

In any case, the rise of remote work has forced security teams to look beyond their networks and resources: With high amounts of remote traffic and insecure logins from even the most well-intentioned users, security in 2020 quickly became a chaotic gamble. But with the pandemic on the decline in 2021, should security teams make sweeping changes or simply hold out until remote workers return to the office?

While not exclusive to 2020 or 2021, the ever-growing gap in cybersecurity talent continues to be a concern for companies and governments around the world. The problem is widespread across Australia.

Though Australia’s government, universities, and private industries are working hard to close the gap (and making some progress), the gap continues to grow as threats surmount—a trend not exclusive to Australia. As a result, many companies have been faced with “do it yourself” security measures rather than finding in-house staff or hiring a managed cybersecurity service.

Cloud Security as a Necessity

An increase in remote work has come with the increased use of cloud applications, and for good reason: Without meeting rooms and shared workspaces, teams must now collaborate remotely using cloud platforms such as Microsoft Teams or Zoom. While many of these tools were already gaining widespread adoption before the COVID-19 pandemic, their use – and security – have changed from a convenience to a necessity. Deployment is not always coupled with best practice configuration and hackers have also been quick to capitalise on this specific vector of remote work.

Clearly, cloud applications are an appealing target. But why?

The primary reason lies in a common misconception about cloud security: Though most cloud applications have some built-in security features, they do little to cover access control and data encryption. As a result, many companies wrongly assume that their brand-new cloud applications are secure out of the box, only to realise (usually after a breach) that they’re only as secure as their own security policies and procedures. Oops!

Artificial Intelligence and Automation for Security (and Hacking)

Yes and no. While “automated” security is both largely effectively and scalable, it’s also not a complete solution—and nor could it be! Even the most robust security packages will still fall short if an employee unknowingly gives out their credentials. As a result, security will always be a “hands-on” process in some capacity, though automation will continue to help eliminate the more repetitive parts of it.

Unfortunately, AI and automation aren’t just tools for security: They’ve also become tools for hackers. As these tools become increasingly accessible and multi-purposes, malicious parties are starting to use them to organise widespread attacks with botnets, identify subtle vulnerabilities in applications, and attempt other types of breaches.

Compounded with the other vulnerabilities present in many “out-of-the-box” cloud applications and IT platforms, hackers are now in especially advantageous positions.

IoT and 5G as Attack Vectors

There’s a good chance you’ve interacted with the “Internet of Things” (IoT): From smartwatches to smart appliances, IoT integration is practically embedded into modern society. IoT applications are expected to become increasingly efficient – and increasingly common – with the rollout of 5G, whose short-range communication promises faster, more efficient networking.

However, there’s one small catch: 5G’s short-range communication will also result in a higher density of communication towers. As a result, hackers stand a greater chance of collecting user data and locations, which could become a privacy concern well beyond 2021.

5G or not, the IoT itself poses its own vulnerabilities: Since every IoT device or “thing” is connected to the Internet (it’s the “Internet of Things,” after all!), each device serves as a potential vector for cyberattacks.

Thankfully, there’s hope in our brave new 5G and IoT world: Though the greater interconnectedness of devices will make more user data, it may also be easier to track hacking.

To stay secure in 2021 (and beyond), companies must focus on:

In the next part of our 2021 Security Review series, we’ll break down each of these key points and provide strategies for addressing them. Stay tuned to the Blackbird IT blog or contact us to learn more about how our managed cybersecurity service can take the guesswork out of your security strategy.

Blackbird IT strategically implements technology in workplaces to deliver powerful operational efficiencies, competitive advantage and innovation for every business. See some of our client case studies and partnerships here. Enabling a security-minded culture for the Australian business community is our goal and we pursue an outcome-driven approach for managing all your technology needs, and to help you realise your potential. 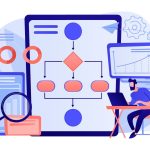